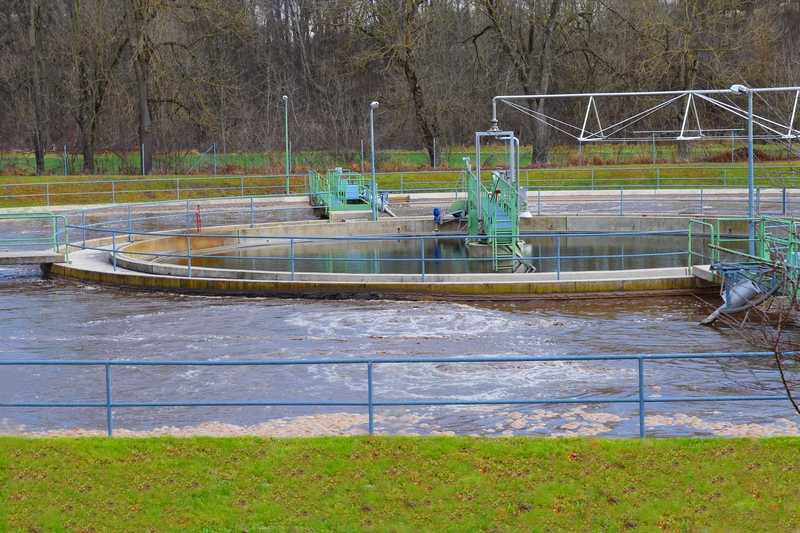 Tramfloc offers a complete line of polyelectrolytes for water clarification. The line includes a series of synthetic organic polymers which possess a progressive degree of anionic or cationic charge. Also included are nonionic polymers and specially processed clays. These products are designed for use as primary coagulants or as flocculants for clarifying water supplies. They can be used alone or in conjunction with conventional inorganic coagulants such as alum, iron salts or lime.

The purpose of water clarification is to remove the suspended particles from natural water supplies such as river or lake waters. Such removal is necessary whether the water is used for drinking, for cooling or for any number of industrial or commercial processes. Because larger particles such as sand are removed quite easily by settling, the basic problem of clarification is to remove the stabilized colloidal particles which will not settle naturally. The colloidal particle may consist of clay and silt, color bodies, precipitated iron or manganese oxides, and even bacteria and algae. Other water treatment processes such as lime softening may form colloidal calcium carbonate or other precipitates in the water so that softened water frequently need clarification just like natural surface waters.

Most colloidal particles in natural water supplies carry a net negative electrical charge which is measured as Zeta Potential and expressed as the potential differential between the fixed layer of ions on the surface of the particle and a point in the body of the water where electroneutrality exists. Because the particles all carry the same charge, they repel each other and will not coalesce to form particles sufficiently large to precipitate.

Coagulation is generally taken to mean the neutralization of particle charges and the initial collision and coalescence of two or more particle to form “micro-flocs” due to natural Brownian movement in the body of the water. Coagulation is only the first step of clarification because the mico-flocs that are formed are still virtually invisible and too small to settle in a sedimentation basin. Gentle stirring of the water is then applied to cause further collisions of the mico-flocs, so that further growth occurs into floc particles of sufficient size to settle rapidly in a sedimentation basin. This growth, due to externally applied movement, is termed flocculation. Organic polyelectrolyte polymers air greatly in this flocculation process because they possess numerous sites on the same polymer chain which can absorb additional colloidal particles so that a bridging action occurs.

Cationic organic polymers of appreciable charge density like DMDAAC based cationic flocculants are primary coagulants just as are the conventional inorganic coagulants, alum and iron salts, which hydrolyze to form inorganic cationic polymers. They cannot be added to water without neutralization of all of part of the negative charge on the colloidal particles which results in coagulation. Since they are relatively high molecular weight polyelectrolytes, they are aid flocculation by their bridging action and are more effective in this respect than the hydrolyzing inorganic coagulants. However, because the molecular weights of organic polymers usually decrease as the cationic charges increase, frequently, they are less effective bridging agents then nonionic and anionic organic polymers.

In several systems it has been possible to feed the cationic polymers into the raw water line far enough upstream from the plant to obtain several hours of additional mixing time in the line. In such cases, as little as 0.5 ppm of the organic polymer has improved clarification considerably and eliminated the use of alum and activated silica as well as lime. Even when cationic polymer is used with alum, it is usually better to feed it into the raw water line ahead of the rapid mix to obtain a maximum of mixing time. It is also sometimes advantageous to premix the polymer solution with the inorganic coagulant solution. However these factors do not hold true with nonionic or anionic organic polymers which function by bridging action alone.

Nonionic, anionic and even weakly cationic organic polymers function basically as flocculants or coagulant aids rather than as primary coagulants. They have little or no effect in neutralizing negative particle changes, but instead function by improving the bridging action of the primary coagulants. Because of their very high molecular weight, they are much more efficient bridging agents then the cationics and are used primarily to produce much larger and tougher flocs to overcome serious flocculation and floc carryover problems. They are more frequently employed in industrial water clarification plants where high rate up flow clarifiers are the rule and filters are frequently omitted. Because of improved flocculation with these polymers, they frequently permit appreciable dosage reduction of alum or other primary coagulants but not usually as much as can be obtained with strongly cationic polymers, Their primary purpose usually is to improve results rather than to reduce treatment costs. Nonionic polymers are perhaps the most reliable coagulant aids inasmuch as drastic overdoses have little or no effect on zeta potential. However, over treatment is still possible since good flocculation does not occur if more than 50% of the particle surface is covered by polymer.

Anionic polymer frequently give the best bridging action because their polymer chains are more uncoiled and therefore exposed to a greater number of separate particles when added to the water. They also have the highest molecular weights which are indicative of longer chain lengths. Anionic polymers may function as primary coagulants when the colloidal particles are positively charged such as occurs in lime or lime-soda softening processes. In these processes, when pure calcium carbonate precipitates, it carries a negative charge. However, when calcium carbonate precipitates with magnesium or even in the presence of considerable magnesium still in solution, the particles have a positive charge. For this reason,Tramfloc® 700 Series products have widespread use as coagulants for softening applications.

Detailed instructions for dissolving and feeding each of the Tramfloc polymer products discussed herein are given in individual product bulletins which are available upon request or via our website, www.tramfloc.com. A few general principles, however, apply to all organic polymers. They have very large molecules and are effective only when they are thoroughly mixed and dispersed with the water to be treated so that all colloidal particles can be contacted evenly. Absorption of too little or too much polymers on some particles results in incomplete coagulation or flocculation. Adsorption of too much polymer on some particles can result in the destabilization of these particles on the positive or negative side depending upon the type of polymer used. This is the most frequent cause of the haze that is left in some settled waters. The haze can best be eliminated and more uniform coagulation obtained by using more dilution water with polymer solution prior to application and by using multiple addition points to provide more rapid distribution of the large polymer molecules throughout the water that is being treated.